The Scathing Jabs of Social Justice

“Social Justice” are two words that are a hallmark of our generation. It has always existed in some form or another; often it was referred to as “civil rights” or “human rights”, but in its current incarnation it’s known as Social Justice. Social Justice generally means everyone’s rights to economic, political and social opportunity. However, it also has the unfortunate connotation of the “Social Justice Warrior” or SJW, which is a condescending way of referring to people who take social justice to the extreme. 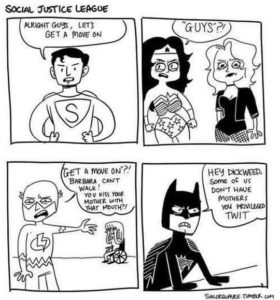 However, no matter how much some people look down on it or dismiss it – social justice is seeping into all parts of our digital world. Including webcomics.

Social Justice is one of the many contentious issues on the web, with those fighting for issues of civil rights, and those arguing that modern “social justice” is millenials (our generation) being too sensitive about things. And the internet provides a platform for both of these viewpoints in equal standing. There is a large community of support for people of all identities; LGTBQ, POC, immigrant, differently abled, anyone who has experienced discrimination in any way. And there are some wonderful webcomics and comic producers coming from these communities. Strong Female Protagonist handles a number of rights issues, but from the perspective of superheros (much like some people think the X-Men acts as a metaphor for gay rights). And other webcomics have started as a more typical comic but transitioned into social justice, simultaneously evolving their characters.

But these comics still have their critics, some getting quite angry at the webcomic creator wanting to change their own webcomic. Once again there is the example of Sinfest, a comic that has dramatically changed since its inception.

The dialogue between comics supporting Social Justice and those making of “Social Justice Warriors” is constant and often inflammatory. Both sides tend to be dismissive of the other, and echo the way most YouTube comments devolve into insults without being productive. This is a problem throughout the Internet, as tone and other social cues are non-existent in a digital forum. And unlike in the time of Newspaper comics, webcomics can have a sort of dialogue with each other, and have contrasting viewpoints in a public space and in response to each other. 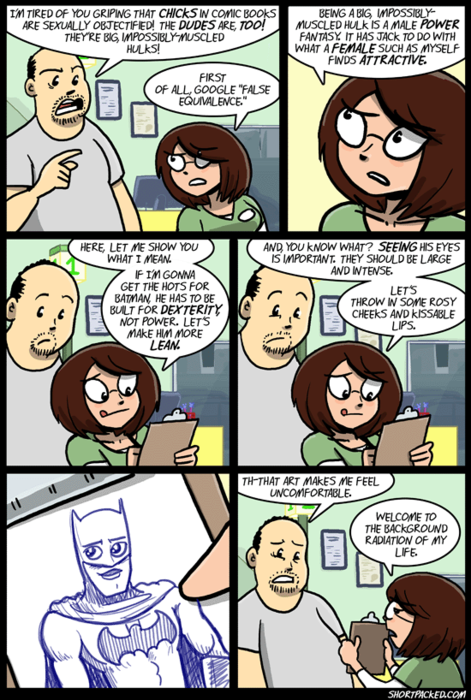 No matter what your opinion on Social Justice is, it’s being explored in a way heretofore un-imagined through the digital format.